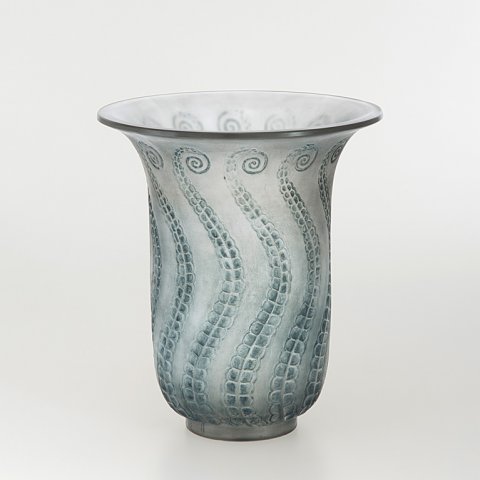 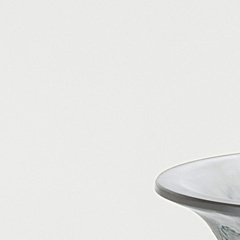 Medusa was a woman with snake-haired hair that you shouldn't look at. According to Greek myths, anyone who looked at her was petrified. She was eventually killed by the hero Perseus. He gave the head to the goddess Pallas Athena. Pallas Athena had helped Perseus a lot because she hated Medusa. From the blood of the deceased Medusa came the winged miracle horse Pegasus and the giant Khrysaor. Medusa was the daughter of Phorcys and Ceto. Together with her sisters Stheno and Euryale she formed the Gorgon trio. According to other sources they were the daughters of Typhon and Echidna.

The vase is blown in clear glass with the decorated part matted and coloured with aqua patina. The vase is still clean and in sublime condition.