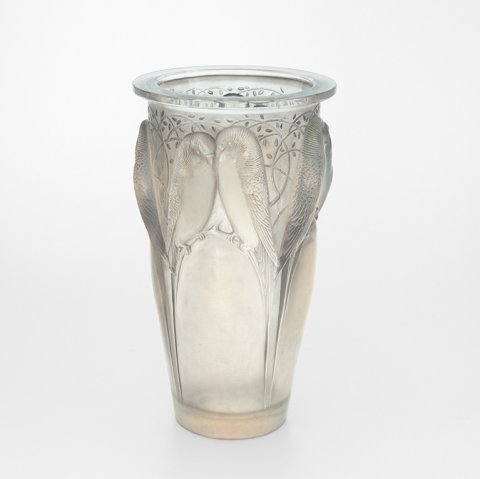 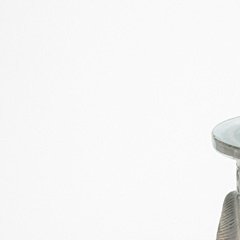 The parakeet symbolises high morale and constancy in the sense of being consistent. The name of this vase is a direct reference to the former Ceylon or the present Sri-Lanka. As far as we know, Lalique has never been to Ceylon but will certainly have read about it and been inspired by the underlying symbolism of the green parakeet species that frequently occurs there. Monogamy within the animal world is, because of the survival of the species, more the exception than regularity, but with many birds it is different. In French this kind of parakeet is also called 'inseparables' which means 'inseparable'. The reference may be clear: fidelity. The vase is made in opalescent glass which is an allusion to the gemstone opal. This stone stands for cheerfulness and optimism but also for 'fidelity'.

Opalescent glass is composed of sillicates and metal oxides. In addition to these metal oxides, Lalique also added gold oxide (Au3O). This creates the amber glow in the glass when you hold it up to the light, or the opalescent effect. The opal is in a certain sense a strange duck within the spectrum of gemstones because it has a silicate structure like glass (amorphous) and not a crystal lattice (crystalline) like other gemstones. However, opal is generally considered a gemstone.