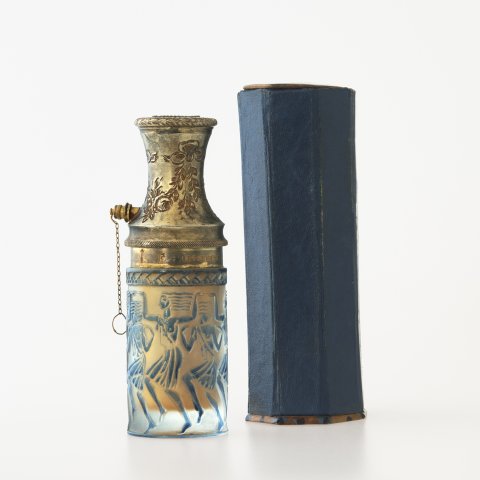 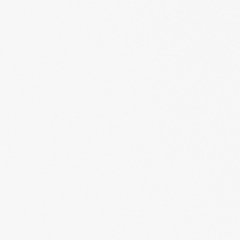 The name Danseuses Egyptiennes refers to the graceful court dancers during the reign of the Egyptians. They took care of the entertainment of the pharaohs with their graceful and winding movements. These dances were often based on the facial expressions of the cobra or Uraeus, a serpent with an extremely important meaning. It is a symbol that adorns many Egyptian deities and pharaohs. The ancient Egyptians called the serpent Laret which means uplifting cobra. The pre-Christian symbolism of the serpent is a reference to self-transformation and healing. The cobra is the symbol of royalty. The dancers are depicted in a typical Egyptian pose as is known to almost everyone.

To make the figures speak, they are centred with blue concrete paint. This is a manual process but took less time than enamelling accompanied by glazing and kiln heating and served to replace it. Lalique designed the vial for Marcas et Dardel. The metal part involved Lalique from Marcel Franck, a manufacturer of atomizers for which Lalique also supplied vial designs.