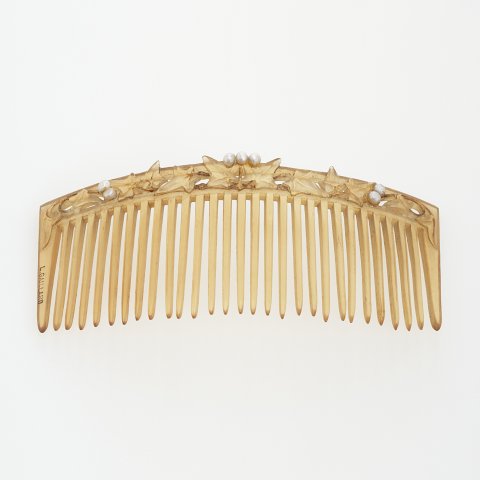 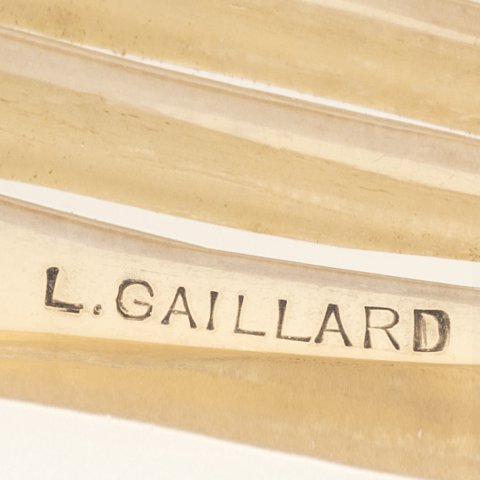 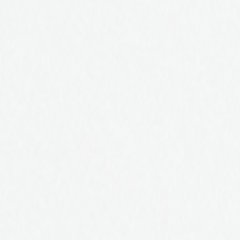 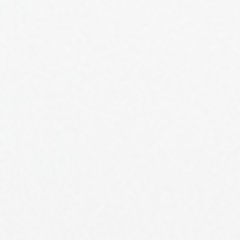 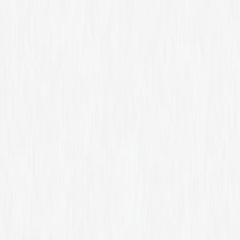 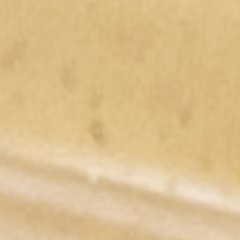 This hair comb is made of horn and freshwater pearls with an image of lièrre or ivy leaf in which the pearls appear as berries. As an evergreen plant the ivy was already in ancient times the symbol of eternal life. But also of fidelity, attachment, patriotism and perseverance of desire. This is because the plant attaches itself tightly and firmly to a wall, tree or grave monument. And later in the early Christian period ivy leaves were depicted on sarcophagi and catacombs as a symbol of eternal attachment and eternal life. Though the body was dead, the soul lived on. A pious saying of Hohberg (1675) reads: 'The ivy winds itself high around an oak tree, no impetuous wind can tear it loose. If someone enjoys universal assistance, he soon rises up; no accident can harm him'.