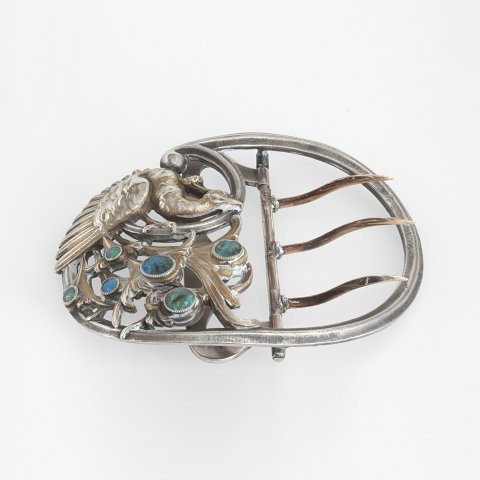 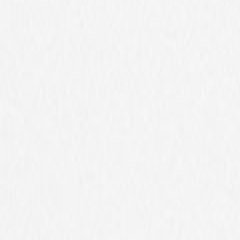 Georges Fouquet came from a family of jewellers and thus followed in the footsteps of his predecessors. He is known as a renowned jeweller who has executed many jewellery designs by the Czech artist Alphonse Mucha, who in turn gained fame through his poster designs for actress Sarah Bernhardt. Mucha, in turn, supplied the design for Fouquet's shop at 6 Rue Royal, decorated with a mach of peacock motifs. Incidentally, René Lalique settled at number 11 on the same rue in 1935. Despite the fact that Fouquet's work is somewhat less well known to the general public than Lalique's, his jewellery is valued at almost the same quality as Lalique's jewellery.

That the peacock was a favourite theme of Fouquet is also evident from this clasp made of silver and opals. The symbolism of the peacock can be guessed in terms of splendour, opulence and vanity but also immortality. In classical antiquity it was believed that peacock meat could not spoil and was thus immortal. Just like René Lalique, opal was also a beloved gem of Fouquet. The jewel dates from the Art Nouveau period, when appearance was placed above the sum of the raw material value. As a result, opals were chosen more often than diamonds. The use of silver instead of gold is also a characteristic of this. The opal evoked associations with optimism, zest for life, spontaneity, originality, creativity and stimulates the interest in art and appreciation for beautiful things. In classical antiquity the stone would also have a positive effect on memory. The opalescent properties of this gemstone also gave an asscociation with versatility as the opal changes colour under the influence of the type of light that shines on, in or through it.